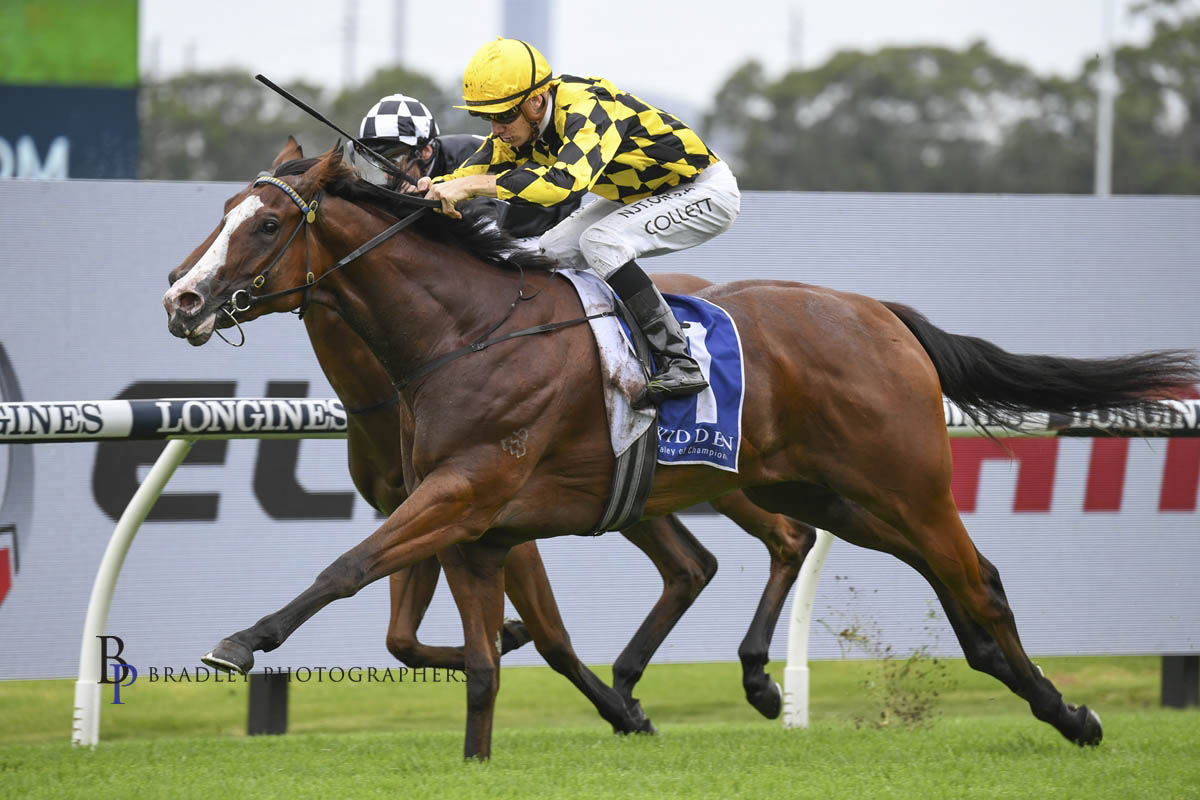 The three-year old fillies are in the spotlight this week with the running of the Group Two Tea Rose stakes over 1,400 metres. Adrian Sciglitano has a close look at the main contenders and which horses might be primed for the ‘Princess Series’ finale in two weeks’ time – the Group One Flight Stakes.

3yo Chestnut filly | SNITZEL x DOULMERA (USA)
Having not been beaten by a filly as a two-year old it was expected Four Moves Ahead would make a winning return in the Silver Shadow Stakes. However, she was only able to manage a close third behind Swift Witness and Latino Blend, before a close-up 5th behind Jamaea in the Furious Stakes second-up. She remains an athletic type in the yard better suited to wet tracks, so she does get conditions to suit today and could bounce back. It might be ‘now or never’ though; I’m not convinced she has the strength to run out a mile in two weeks’ time.

3yo Bay filly | I AM INVINCIBLE x SHIRRA NUI
Chris Waller knows what it takes to get a three-year old filly ready for the ‘Princess Series’ and he will be banking on his filly She’s All Class making good improvement between runs when she steps up top 1,400 metres for the first time. A nicely balanced filly with a light hind quarter, she has always promised to strengthen between her two-year-old and three-year-old year which was apparent in the mounting yard first-up in the Furious Stakes. A small set back held her back from a start in the Silver Shadow Stakes first-up, so I was happy with her run in that race.  She has stamina in her dam-side pedigree and you have to love the way she finds the line. A good bet today and for the Flight Stakes over the mile.

3yo Bay filly | NOT A SINGLE DOUBT x PANORAMA RIDGE (USA)
A good indicator of how a newly turned three-year old has returned after their two-year old preparation comes in the yard and I have been very impressed with the physical improvement Mallory has made. Always showing good physicality in the yard as a two-year old, the daughter of Not A Single Doubt has made the progression needed to be the in-form runner of the ‘Princess Series’. Both runs have been very strong, running into dead-ends first-up in the Silver Shadow Stakes, before coursing three-wide in the Furious Stakes second-up where she finished 3rd. Some of her siblings have run up to 1600m, but today might be her best chance to win a Group race this campaign given She’s All Class has more improvement to come.

3yo Bay filly / HUSSON (ARG) x DON’T BLINK
The forgotten filly could well be Robodira. John O’Shea’s filly slipped under the radar first-up from a spell in the Furious Stakes when sent around a 50/1 outsider before only being run down by Jamaea in the final 25 metres. Another well-balanced type in the yard, the daughter of Husson (ARG) was able to showcase the improvement she had made between her two and three-year old years. Her only run on a soft track came in the Sweet Embrace Stakes where she was beaten 2.5 lengths behind three raceday rivals she faces here, Four Moves Ahead, Mallory and She’s All Class. A tough filly who fights hard when challenged, she right in the mix today and in the Flight Stakes.

Back MALLORY in the Tea Rose today and SHE’S ALL CLASS in the Flight Stakes.