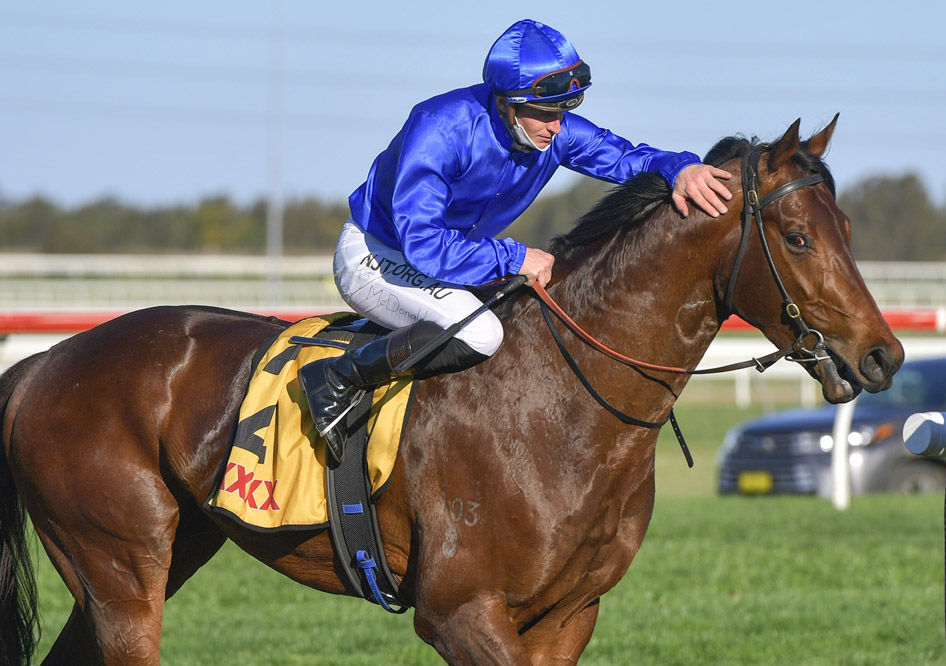 Ever since they rattled home in the Group One Blue Diamond as two-year-old’s it’s been clear that Anamoe and Artorius are two very special colts. After another pair of eye-catching finishes in the Group One Golden Slipper they are ‘one all’ in their head-to-head.

Analyst Adrian Sciglitano has a close look at both gallopers to see which one might go one-up in the Golden Rose today.

Star colt Anamoe will look to give Godolphin their fourth Golden Rose in the past seven years when he steps out in Saturday’s feature race. The headline act returned in immaculate fashion first-up from a spell in the Group Two Run to the Rose over 1,200 metres, defeating his rivals off the back of one soft trial. I love the confidence from head trainer James Cummings this week and given he’s more a 2,000 metre horse than 1,200 metre horse on profile, I can’t see them holding him out today.

“Anamoe has had a really straightforward fortnight and he absorbed that run in the Run to The Rose beautifully, it sets up well for him to be going to another level second-up in the Golden Rose up to 1,400 metres.”
James Cummings on Sky Racing Radio Thursday

So, what next after the likely Golden Rose win? Given his profile, pedigree, and booming finish, the Caulfield Guineas over 1,600 metres is an obvious target and he would arguably be even harder to beat in that race. After that, I’m praying he keeps going and attempts to beat Zaaki in the Cox Plate. A match race that would be the highlight of the Spring!

Standing in the way of this year’s Golden Rose favourite is the Freedman trained colt Artorius. He did beat Anamoe in the Blue Diamond before things didn’t go as well in the Golden Slipper when he seemed hampered by the Sydney way of going. He is a very, very good colt, but given his lack of early speed, the risk of him getting around the turn again and the wide barrier, it’s hard to see him winning the race today. I’ll be watching closely and if he gets anywhere near the favourite, it’s ‘game on’ back to Melbourne for the Guineas and maybe the Cox Plate too.

The Invitation: Party of Five