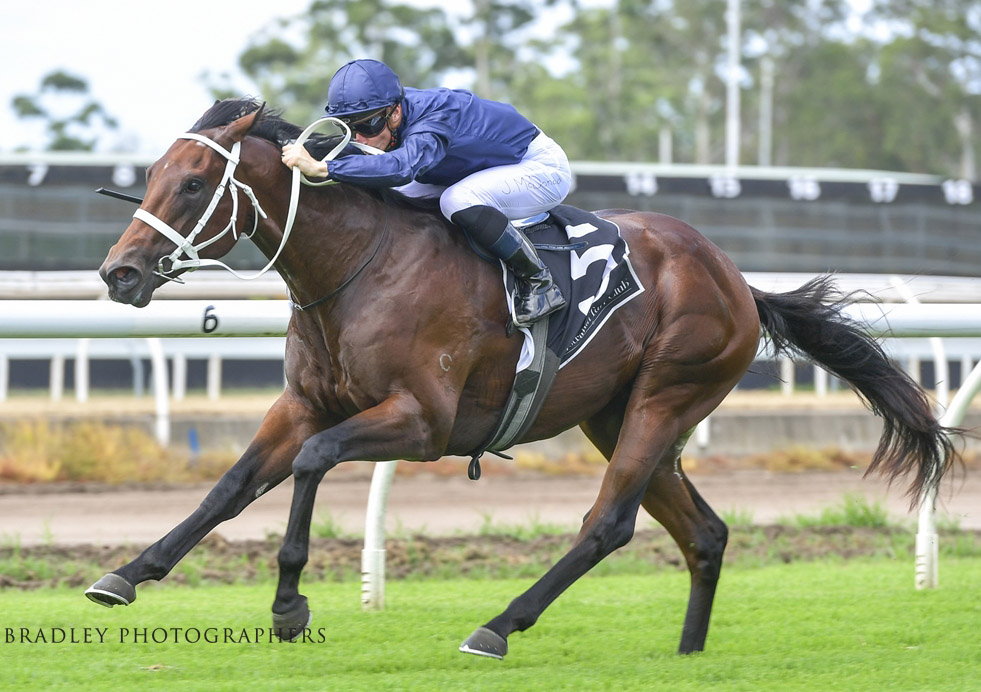 Analyst Adrian Sciglitano has a look at the Spring Champion stakes runners and which horses could be a good early bet for the Victoria Derby over 2,500 metres.

On the Spring Champion Stakes: The winner of the Gloaming stakes over 1,800 metres, Head of State brings strong form into the Spring Champion Stakes. A well-balanced colt with a long, flowing stride looks to have upside over distance. The son of American Pharaoh (USA) who won up to 2,400 metres on all conditions looks primed for the Randwick 2,000 metre test. The speed map looks tricky from the wide draw with speed drawn underneath him, but we know he is genuine, and James McDonald could be key in a close finish.

On the Derby: Bred from the strong sire American Pharoah (USA) who was a winner from 1,400 metres to 2,400 metres on all conditions, he has always found the line like a horse that wants more distance. A current $15 chance with TAB.

On the Spring Champion Stakes: Profondo, the “new kid on the block” in only his first racing preparation will line up in the Group 1 Spring Champion Stakes at only his third race start. The $1.9 million colt was impressive on debut at the Kensington track running on against the bias, before a strong effort in the Gloaming Stakes where he raced keenly and laid in, only beaten 0.3 lengths. A raw and talented youngster with an athletic build, Saturday shapes to be the perfect race for him with progression up to 2,000 metres. Drawn wide allows him take up a position near pace and if he can settle and execute his race, I expect him to give a big kick.

On the Derby: Not currently holding a nomination for the VRC Derby.

On the Spring Champion Stakes: Alegron, a progressive galloper from the Godolphin team has had the perfect preparation allowing him to peak fourth-up in the Spring Champion Stakes. A strong stayer with stamina on his dam side (Alegria) who was placed up to 2600m, Alegron has been winding up at the end of his races, evident in the Gloaming Stakes where he was hitting the line solidly out wide. Drawn well on Saturday teaming up with Kerrin McEvoy he will be given the run of the race, however I suggest he will have to improve a few lengths to get the better of his rivals from the Gloaming Stakes.

On the Derby: Impressive staying lines coupled with a long stride, the VRC Derby looks the ideal race for Alegron. Currently a $15 with TAB.

On the Spring Champion Stakes: Benaud from the O’Shea stable has progressed quickly in his first racing preparation winning a Nowra Maiden on September 10, before hitting the line well in the Gloaming Stakes last start. A solid, robust galloper with upside over distance looks well suited to peak third-up from a spell when stepping up to 2,000 metres. Drawn middle on Saturday gives jockey Hugh Bowman options to settle closer or allow his galloper to finish off, happy to risk with a few profiling ahead of him.

On the Derby: Impressive stamina on both sides of his pedigree and more progression to come, he is one of my top picks for the Derby. Currently rated a $15 chance with TAB.

On the Spring Champion Stakes: Bringing different form to the Spring Champion Stakes, Raging Bull was a dominant winner last start over 2,100 metres at Wyong simply outstaying his rivals. He lacks acceleration but does surge hard late and has upside over distance suggesting his best chance is for strong staying test. Drawn well with Andrew Adkins in the saddle, he can land near pace and fight hard when challenged, suggest a few of these at 2,000 metres may just be a bit too sharp for him.

On the Derby: With Zamazaan in his pedigree on his dam’s side the 2,500 metres at Flemington looks an ideal race for Raging Bull. I just worry about his lack of acceleration at Group One level.

3yo Bay gelding | SO YOU THINK (NZ) x SATIRICAL LADY

On the Spring Champion Stakes: The “X factor” in this year’s Spring Champion Stakes, Satirical Glory profiles to eat up every bit of the Randwick 2,000 metres. An efficient balanced frame of a stayer with stamina on both sides he is sure to be very strong late. A hidden run in the Gloaming Stakes when blocked and tightened in the straight, the son of So You Think was strong through the line. Drawn well on Saturday to potentially sit closer in the run, a strong run 2,000 metres will play right into his hands and at the current odds looks the value in this year’s feature.

On the Derby: Strong stamina on both his sire side and dam side suggests the VRC Derby over 2,500 metres is the perfect race for Satirical Glory.

The Invitation: Party of Five