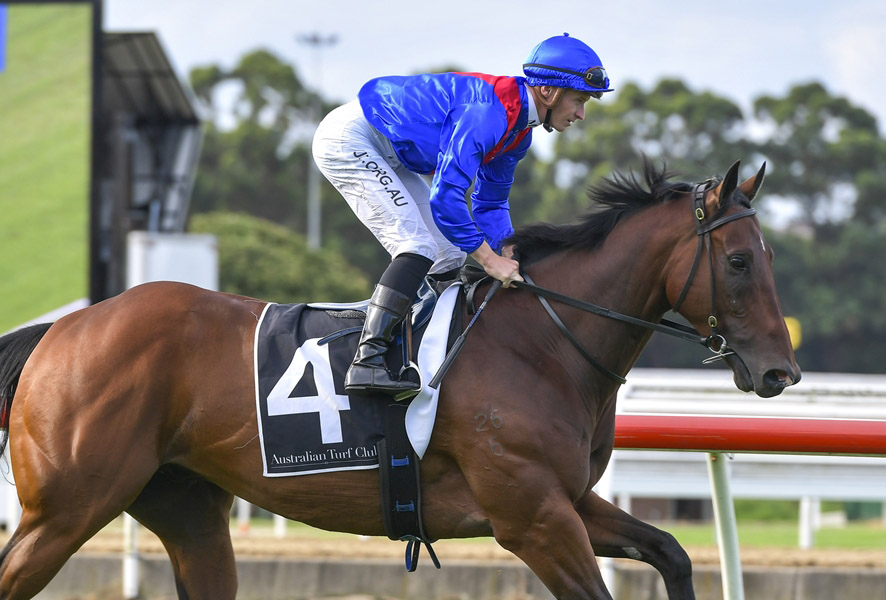 The wind is blowing hard for the Hunter today in Newcastle and there will be plenty of action as they jostle for $1 million in prizemoney. Analyst Adrian 'Sigs' Sciglitano has narrowed the race down to his top five chances with track bias and the mounting yard parade both big factors when picking his winner.

John O’Shea will be looking to make a statement when he takes his star to Newcastle for the $1 million Hunter over 1,300 metres. The exciting sprinter has kept improving throughout his preparation, which has so far seen him run 5th in the Tab Everest over 1,200 metres before backing that up with a strong finish over 1,300 metres last start in the Classique Legend Stakes. A strong individual in the yard that keeps producing deep into a campaign, the main question for the Hunter remains where he ends up from the horror draw? Tasked with the big weight, headwind, and extra ground to cover, I still think he will be too good in the end.

The ‘x-factor’ in this year’s Hunter lies with Anabel Neasham and her new imported galloper Top Ranked. A very talented individual that ran a bold race behind Palace Pier (GB) in the Group 1 Lockinge Stakes, he has shown good acceleration in most of his runs to date which bodes well for the step back in distance. An unbeaten fresh record, James McDonald and confident stable reports are all in his favour. Not betting, but terrified of him.

It is hard to find a horse who is in better form than Standout from the Gerald Ryan and Sterling Alexiou camp. Interestingly, he was able to defeat favourite Lost and Running three starts back in the Premiere Stakes before a strong effort chasing a flying Big Parade in the Sydney Stakes. Last start he was exceptional behind Eduardo and Lost and Running again who he meets here again with a swing at the weights. The one negative against his name is the risk up in distance onto softer ground. One for place or each-way players.

Bjorn Baker has had this race marked on his calendar after Prime Candidate resumed over 1,200 metres behind Big Parade. A strapping individual in the mounting yard with a distinct pattern in his form suggesting he gets better deep into his campaign, The Hunter looks the ideal race over 1,300 metres from the nice barrier on drying ground. I can see why the money is coming and I’ll be having a few dollars on if on-pace horses are winning on the day.

A sneaky home track runner on a very windy day. After running second in this race last year (only grabbed late by Sweet Deal) he had a poor campaign before two quiet rides this time in. His final 100 metre surge last start suggests he should be primed for the step up in distance. With the drop in weight and softer ground everything lines up for a very cheeky run if he is anywhere near his best.