The Royal Randwick track was sodden due to the heavy downpours, and while The Race Guide team are not in the business of making excuses for horses that didn't handle the track, there were a few unlucky runners during the day.

The "Bookie Battler" loves to say it how it is, and he tries to sooth your pain if you were on one of the horses that "would'a should'a could'a" paid out for a win. 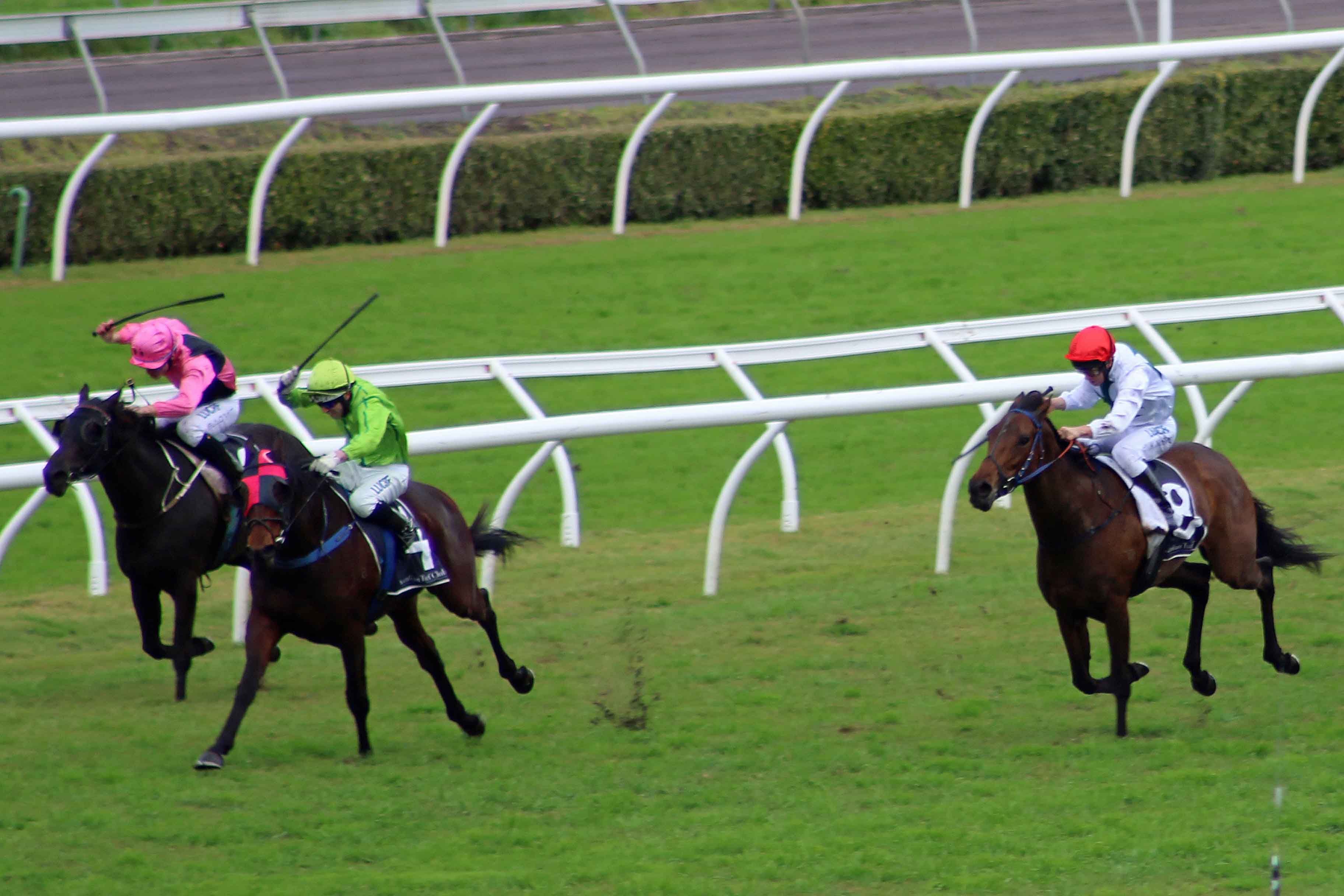 Bookie Battler comment - "The old case of the horse travelling too well. Mr Avdulla got a bit excited on the turn and decided that he wanted to win by a furlong. He shot for home at the top of the straight and any battling punter with money on the Melbourne raider knew that winning doesn't come that easy. You can excuse yourself if the language got colourful when he started paddling late." 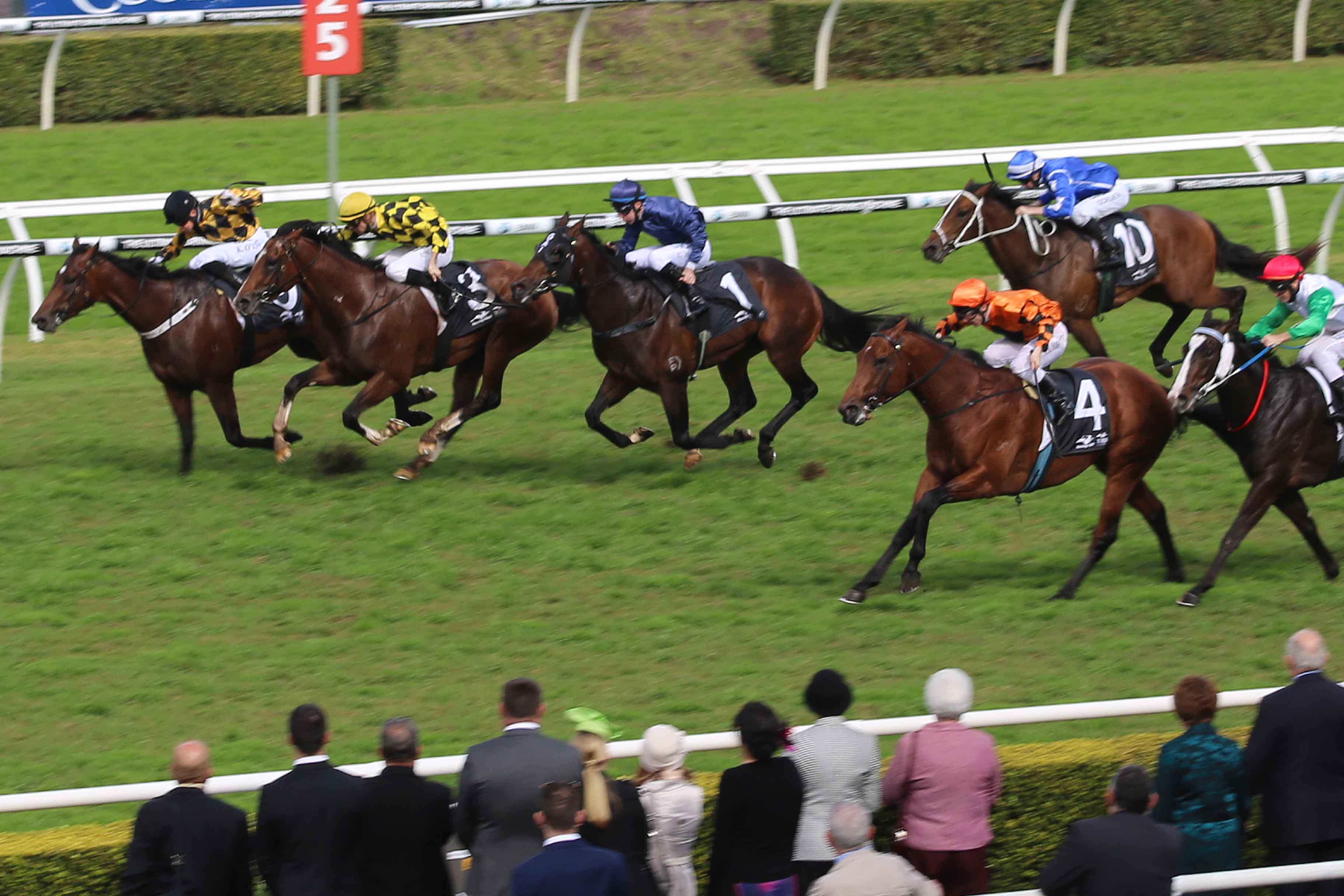 Liberation (orange) ended up closer to the outside rail after leading

Bookie Battler comment - "You can lose your cash a million different ways in this game, but it dead-set looked like Liberation was on team Messara, clearing out the other runners so Kathy and Tye got an armchair ride up the inside. If you did your cash, just think of the bills the owners will have to pay to get this rogue back on track." 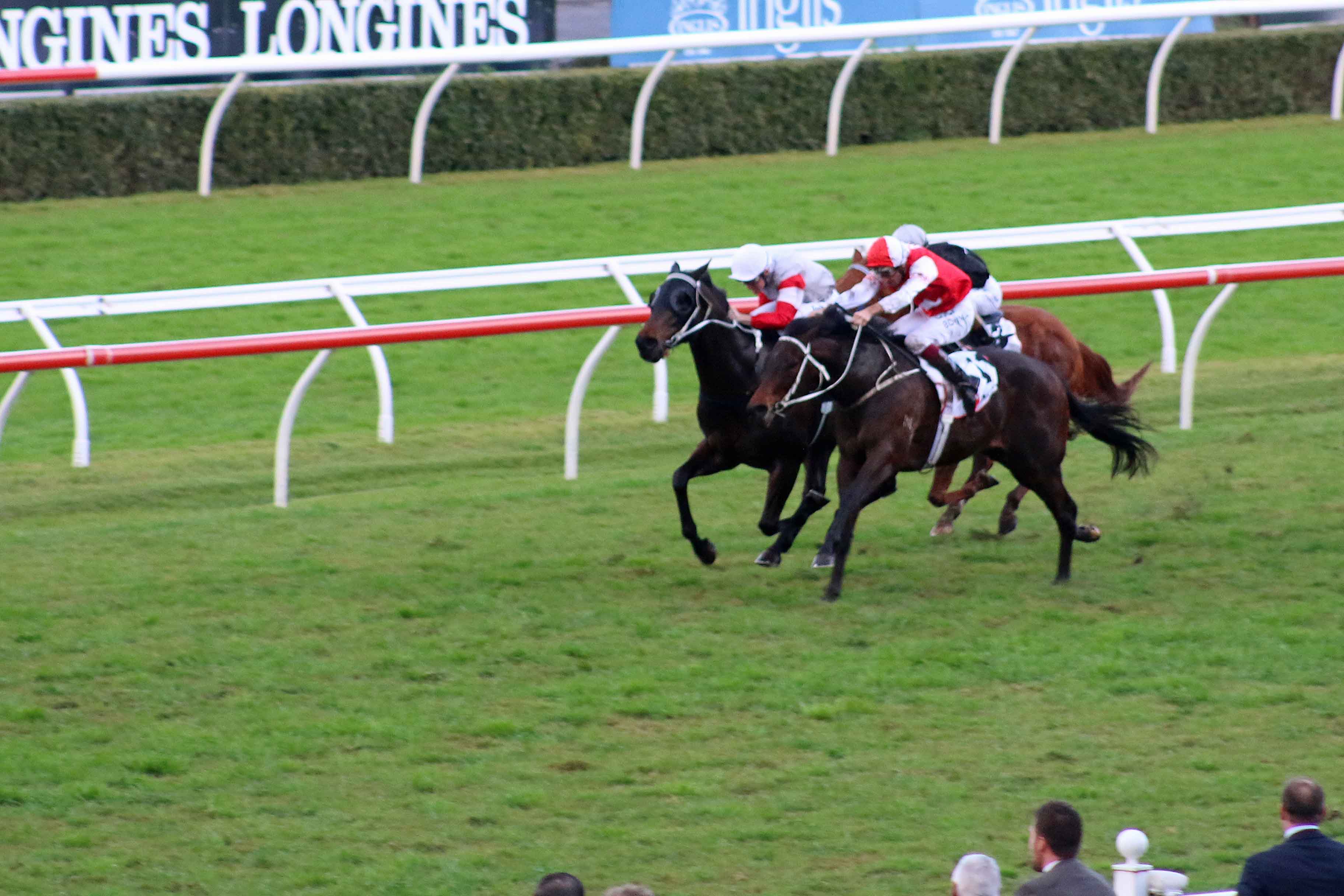 Bookie Battler comment - "He didn't get any checks or bumps, but this big horse dead-set did all the hard work only for his smaller stable-mate to take the glory. I used to be a prop for the League team at school. Reminds me of when those pesky outside backs thought they were the business scoring a 5m try after we'd battled 50m straight through the middle. As long as this he doesn't have 50/1 shots pestering him next time he can pay you back."