Midweek rain and a couple of days of drying weather resulted in a Rosehill circuit that made it difficult for jockeys. Big fields, big prizes and competitive racing meant there were a few hard luck stories on the day.

The Bookie Battler has a crack at calming your nerves if you were on one of the unlucky ponies. 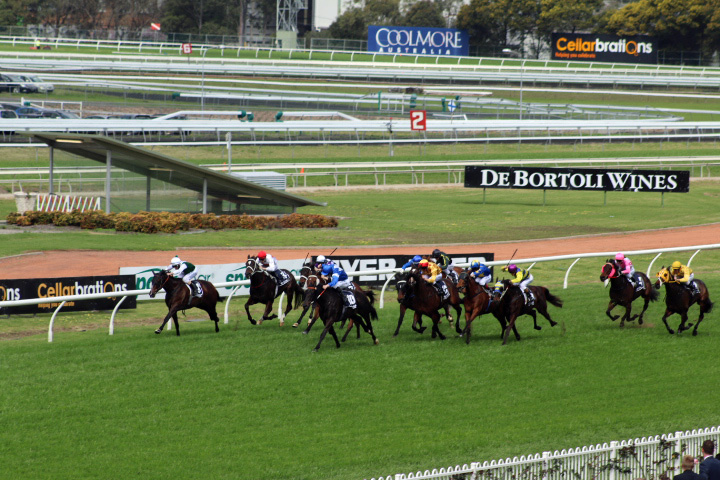 Couldn't make up lost ground - World Wide (purple and gold, third from right) didn't get the charmed run of the winner

Bookie Battler comment - "If you backed this guy each-way you had every right to hit the bar after race two. The winner gave him a face full of rump early on, then he had to go around the world to make his run. Should of just about won I reckon, let alone got a place. If old Bede Murray can book James Mac next time, he's a moral."

Race 7, Numbers 5 Scissor Kick and 13 Bring Me The Maid 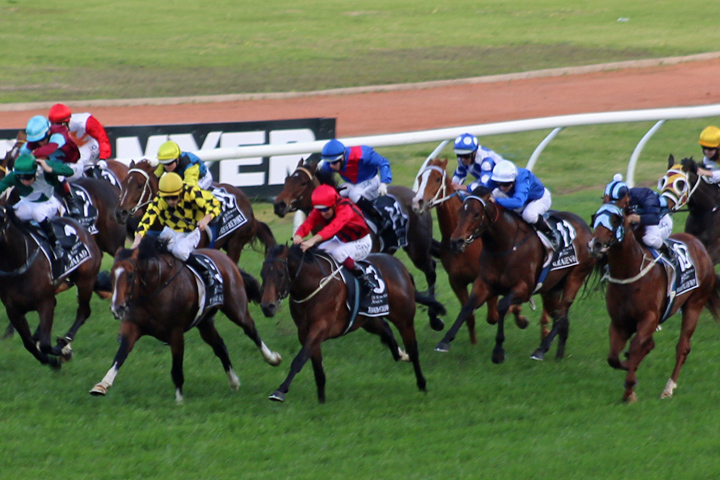 Bookie Battler comment - "Luke Nolen was stuck in a pinball machine and Tye Angland was stuck in a world of pain. Moody had a good chat to young Luke after the race, but reckon it was always a risk she was going to get sandwiched by the big boys. She looked like a Manly Sea Eagle getting monstered by the Souths Rabbitohs all around. The real travesty of the race was Scissor Kick. He was the cart horse and Hughie Bowman was behind on the carriage. He is a beast this boy and can bite back next time."